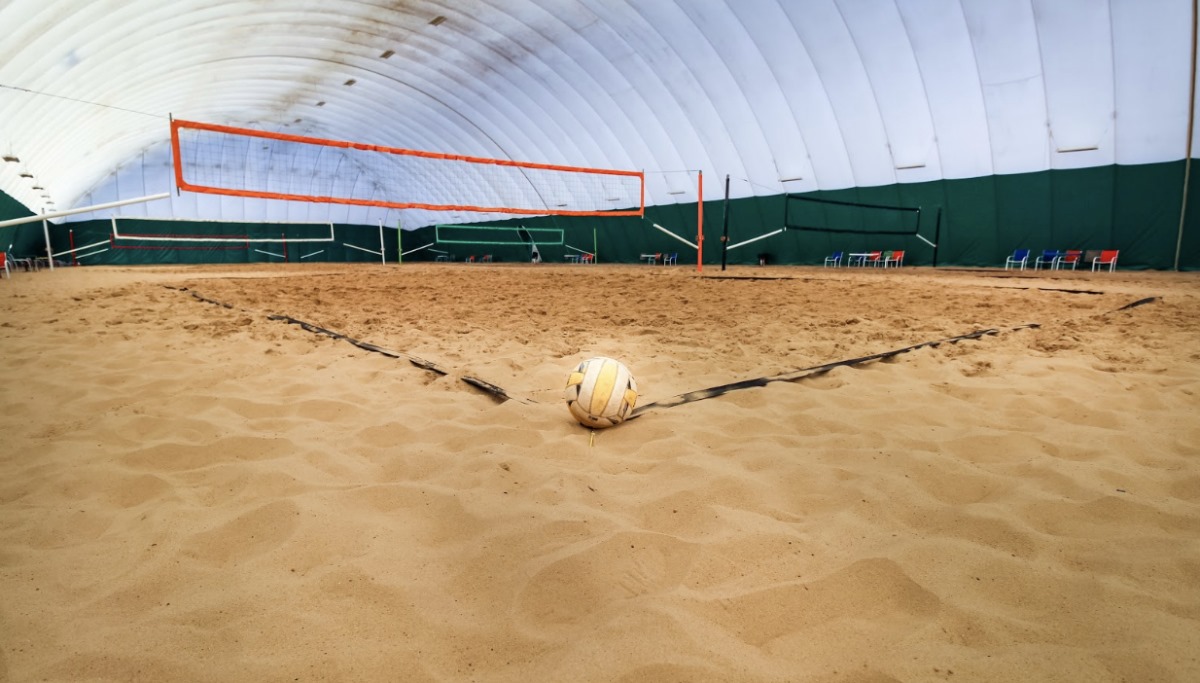 By Amanda HorneFebruary 15, 2022No Comments

It All Started at the Beach! 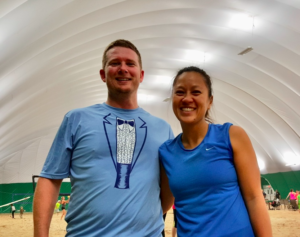 Long-time league members, Matt and Marites Shields have a special connection to Volleyball Beach – it’s where they met over 20 years ago! Now happily married, you can still find them out at the Beach at least once a week, still enjoying the game that brought them together two decades before. Recently we had a chance to catch up with Matt and Marites and ask them about their Volleyball Beach beginnings – and more – so keep reading!

When did you first meet at Volleyball Beach?

We met back in 2001, either during the Spring or Summer league season. We both had finished college and were settling into life in Kansas City when a mutual friend, Randy, started up a team at Volleyball Beach. We both were invited to join and that’s when we first met. Later on, when we were married, Randy was the best man! Since that first league in 2001, we’ve played together at Volleyball Beach nearly every season.

When do you play?

We come out and play every Thursday! When we were younger we would literally play every time slot on Thursday, but now we just stick to two times, 6:15 and 7:15. We’ve been playing at Volleyball Beach on Thursdays from the start. We love playing on “our” Thursdays because we get to see so many familiar faces and we’ve had a chance to play the same teams many, many times over the last 20 years – and innumerable league seasons – which is how we ended up making so many great friends at Volleyball Beach.

There are lots of things we love about Volleyball Beach, but we especially love the camaraderie and healthy competition. No one gets overly competitive and we always have lots of fun. We’ve made some of our strongest friendships with people we’ve met here and we love having something really fun to look forward to each week.

What advice do you have for people who are new or interested in joining a league at Volleyball Beach?

If you are thinking about joining, just do it! You’ll be surprised how easy it is to get started – and definitely surprised how much fun it is! Take a chance and step out of your comfort zone! We also suggest subbing-in on other teams! That way you get a chance to play more often and meet more people. If it works out well, then you make a bunch of new friends and, if not, it’s just a one time experience and you can move on and try subbing for another team.

Thanks again to Matt and Marites for taking the time to share their story with us! Say “Hi” to them next time you’re out at the Beach on a Thursday evening!