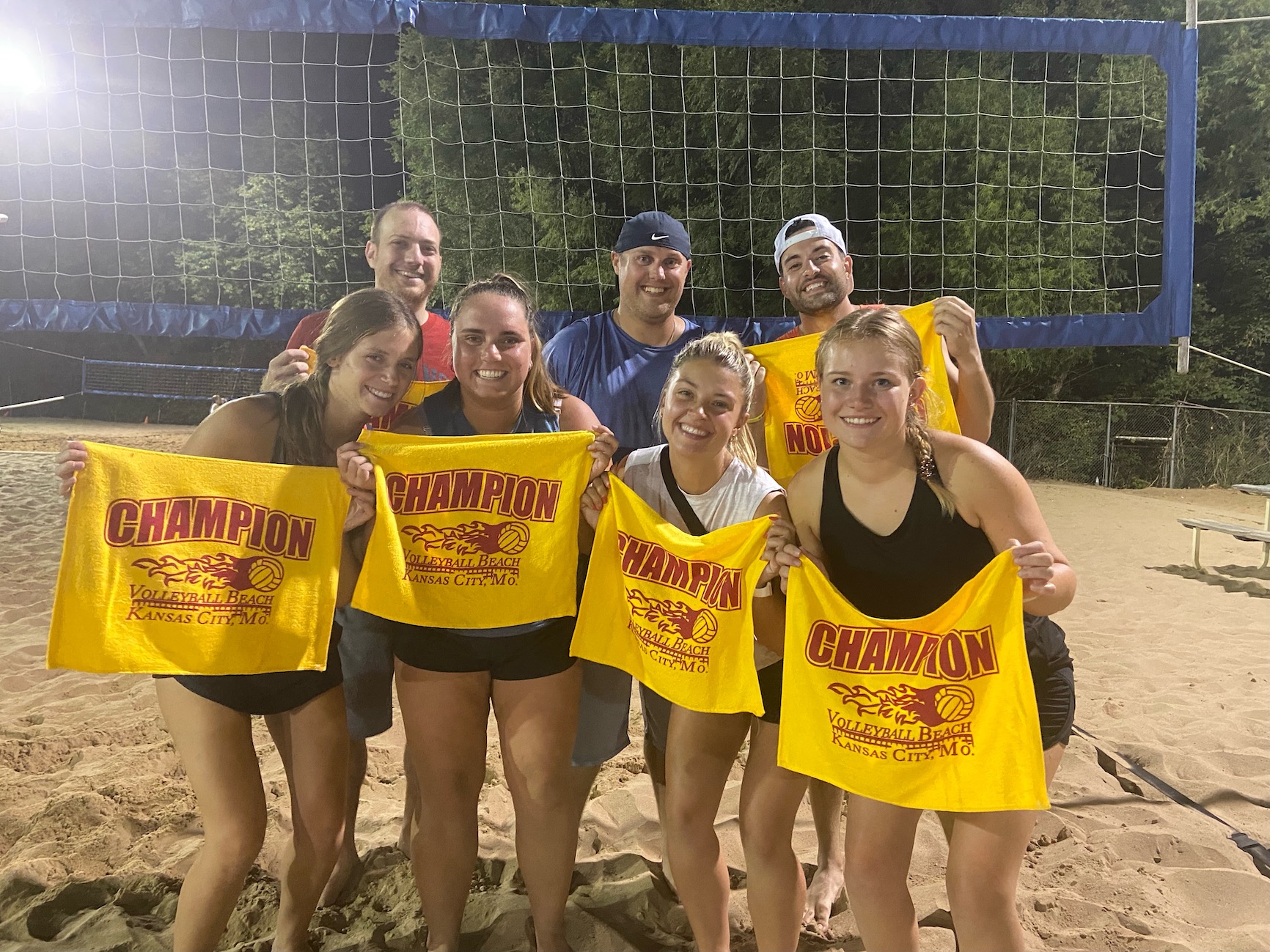 By Amanda HorneSeptember 26, 2022No Comments

Meet the Birkmeyer Team – or if you know them by their first team name, the Just Get It Up Team! Friends and co-workers at a summer camp decided they wanted to join the fun at Volleyball Beach, and they are so happy they did! We had the pleasure of chatting with one of the team members, Kelsie B., about the team’s experience playing out at the Beach and what makes it the best place to play sand volleyball in KC!

What was it like starting out at Volleyball Beach?

There were four of us friends that decided we wanted to join a sand volleyball league. We were drawn to Volleyball Beach because our schedules meant we needed to find a league we could play in later in the evening. The Beach’s Tuesday night league was a great fit for us and we signed up. After playing at the Beach we tried something different for one season, but came right back because we loved the atmosphere and the people!

With only four players, we decided to start out playing in C league so we could focus more on having fun and improving than on intense competition. When you play with only four teammates, there’s a lot of moving around that has to happen, but we had a great time and could see that we were improving with each season we played. In fact, now we play a combination of B- and C-level matches since we have been consistently improving and occasionally adding more team members when their schedules allow it! 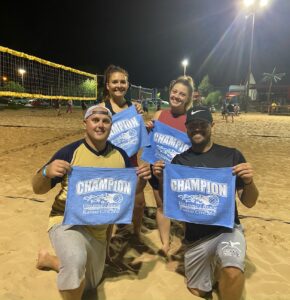 What is your favorite season to play in?

The summer is always a lot of fun, but we really enjoy getting to play at the Beach in the dome during the winter! We love getting to spend a few hours each week out of the cold where we can be barefoot again and doing a summer activity. Plus, the pool of teams is a lot smaller during the winter than the summer, so we get to know the other teams a lot better and we play against the same people more frequently.

What is your favorite thing about playing at Volleyball Beach?

It’s hard to just choose one thing! First, we absolutely love the people. They are what really make playing at the Beach so fun. Everyone from the players to the staff is just fantastic. These are people you only really see when you come out to the Beach, but they have become real friends that we always look forward to seeing.

Another part we love is the Beachside Bar and Grill! It’s so convenient to be able to grab something to eat and drink while we are there and not have to worry about doing it before or after. Plus, the food and the drinks are delicious, so it’s a win-win! If we do decide we want to go somewhere before or after we play, Volleyball Beach’s location is great with a lot of awesome places nearby. 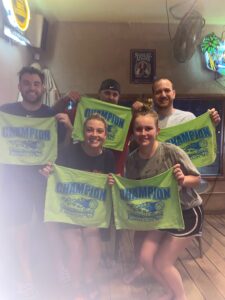 What advice do you have for anyone who is hesitant to join a league at the Beach?

Our advice is if you are thinking about it, then just do it! There’s no harm in trying, and it may end up being just the extracurricular activity you have been looking for! We all have our busy schedules, and we were worried at first about feeling like this was just another thing we have to get done each week, but it has been the complete opposite. I realized just how much I enjoyed playing at the Beach when we would have a night canceled because of weather and I would be sad having to stay home. It’s wonderful having an activity with friends that you love doing, so there’s no reason you shouldn’t at least give it a try!

Thanks again to the Birkmeyer team for chatting with us about the Beach! Make sure to say “Hi!” to these Tuesday night regulars next time you visit Volleyball Beach!

Interested in joining a league night out at the Beach? Click here to see what slots are available for the next league season!